There is only one way to avoid criticism: do nothing, say nothing, and be nothing---Aristotle

Following the tabling of this resolution I worked with the committee and the Administrator to put together what we called an "Extend the Life" option for the landfill.  What this option was designed to do was; raise the tipping fee and thus reduce the amount of refuse coming into the landfill which, in turn would extend the life of the landfill by not filling the space as quickly.  By doing this, it allowed additional time to further evaluate the feasibility of going into the Phase III expansion.  The numbers seemed to support the idea that a Phase III expansion was something that was economically feasible and could be done.

However, in the analysis of the numbers that I put together in May of 2012, I was not given, nor was I aware that, in 2013 the landfill would spend $1.9M with the Highway Department to have work done at the site to cover certain cells and complete other work at the site.  That money was taken from the general fund.  Later, we did offset $700K of that expense as we received a payment from the DNR for money we had accrued earlier for closure.  I was also not aware there had been another $600,000 loan from the general fund. So, as you would conclude, my projections proved to be incorrect as the old adage in reporting, “garbage in garbage out” proved to be true.

So, here we are in 2015, faced once again with the decision as to whether or not the county should proceed with Phase III expansion for another 3 cells.  Those expansion cells would provide another 650,000 cubic yards of space and would take us out another 15 years or so.  The cost of this expansion would be about $5,500,000.  The question arose, what analysis could provide us the kind of financial reporting that would be a guide for the committee to make a decision.  After collaborating with the auditing firm, Schenk, that handles the county audits, it was determined the best way evaluate the landfill would be compile the data from the annual audits.  So, that is what I did, and here are the results:

Cover is broken out separately as we do not pay the DNR the normal $13.50 per ton fee for cover material (Just so you understand, every day after the refuse is taken to the hill, the DNR requires that refuse to be covered with some type of material that does not allow any of the refuse to blow away that is called “cover”).  However, notice the number 44% total cover.  The “experts” tell us the cover should not exceed 20%.  That means we’ve used about 90,000 cubic yards for cover over the years that should have been used for refuse that could have been billable space.  That equates to a potential loss of $2.7M of revenue.  Depending on who you talk to, the reasons we’ve had so many tons of cover is because of design, or simply because we had too much space open on any given day.

So here are the audited results.  These numbers came directly out of the 2007 – 2013 Schenk Kewaunee County Audit reports.

Some explanation… the $844,728 represented above was money that was owed by the landfill to the county general fund form a loan that had been given to the landfill in 1989.  In 2010, the County Board determined it was unlikely this money would ever be paid back and therefore forgave the debt.  The other $600,000 loan was once again extended from the general fund to cover other losses/expenses at the landfill. At this time the Landfill operations is indebted to the general fund for $1,800,000.

In reviewing these results, it was difficult for the Highway / Solid Waste Committee to come to any other conclusion than to not proceed with Phase III.  It is a logical, practical conclusion.  Couple the past results with projections going forward that are reflect future losses one can conclude Kewaunee County should not be in the landfill business.

There are a number of reasons this landfill has failed to operate within budget.  Yes, overall design and management are two of the contributors.  However, competition is a major contributor.  Commercial haulers can haul to BOW (Brown, Outagamie, and Winnebago) site for $34 per ton.  They can haul to Green Bay transfer site for $41.25 per ton our rate is $48 per ton (and keep in mind, we can’t make money at that rate).  Advanced Disposal has a site South of Green Bay and Waste Management has a site in the Whitelaw area.  The current BOW site has several years of life in it, but as soon as that is filled they have another 1,500 acre site near Hollandtown that will be opened.  So, the competition is not going to disappear, in fact, it may become more intense.  To efficiently operate a commercial landfill, volume of refuse is key.  We do not have enough garbage in our county to make the landfill operate profitably.  Our physical location is also somewhat detrimental as we have very little opportunity to both our East and North, and if one travels 15 miles west of the landfill, it is financially better to go to Brown County

IMPORTANT NOTE – If the board votes in favor of not proceeding with Phase III - that does not mean the landfill is closed.  We have several years of space remaining to fill in its current configuration.  The concern or goal going forward then is to somehow find a way that our residents can continue bringing their small private loads to the landfill site for processing.  That will be the next decision the Highway / Solid Waste Committee will be faced with, and, there are reasonable solutions that can meet that goal.  The immediate decision at hand though is to decide whether or not a Phase III development makes sense, and all the information we have at hand indicates Phase III should not be attempted. 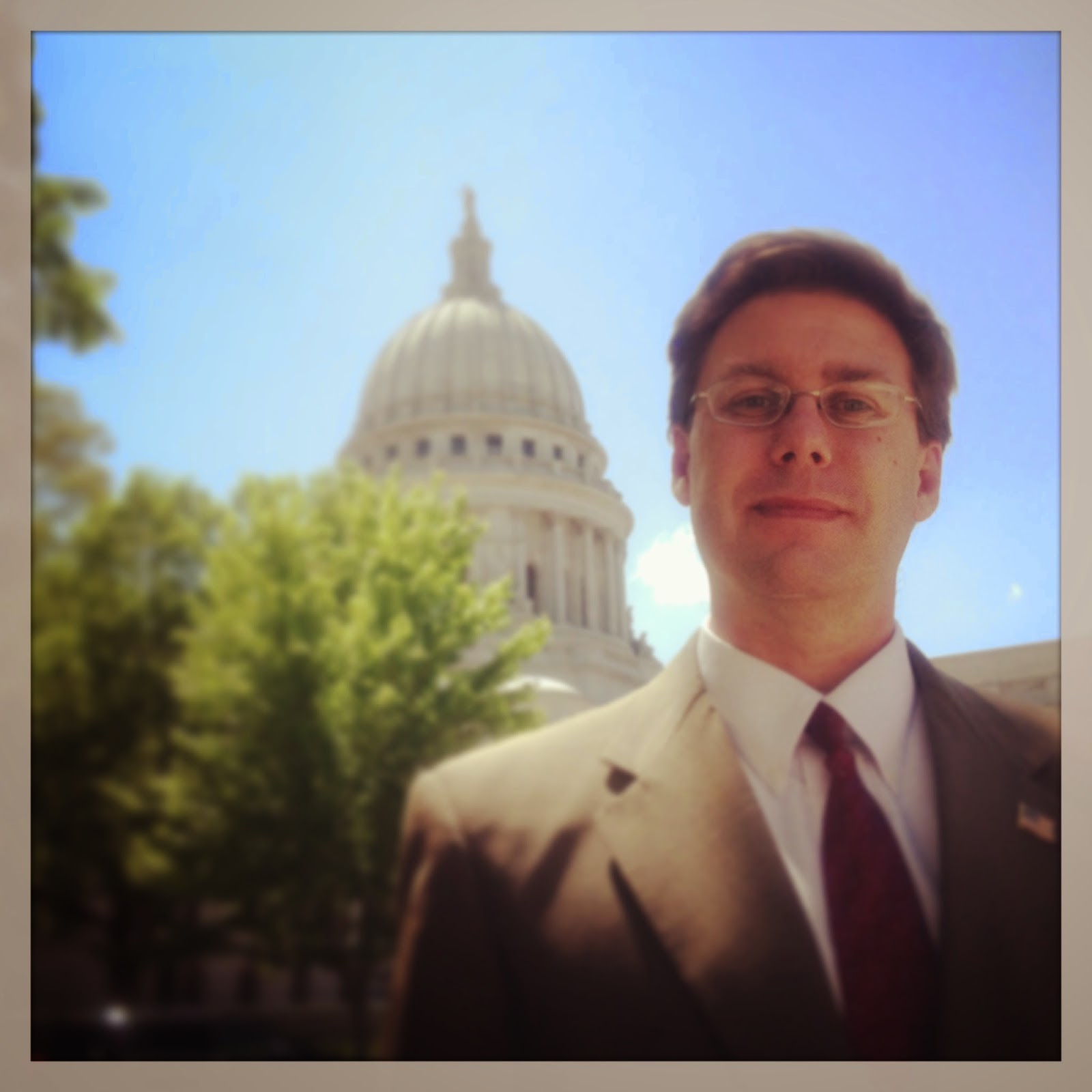 Our new County Administrator, Scott Feldt, has been on the job since February 18th.  Scott’s previous work experience includes work in both the private and public sectors.  Prior to taking on his new responsibilities as Kewaunee County Administrator, Scott was the Deputy State Treasurer for the State of Wisconsin. Scott has experience in areas that mess well with our county’s needs as he his background includes administrative, human resources, financial, economic development and strategic planning.  Scott is from the Janesville area and we are extremely pleased that we were able to have Mr. Feldt take on this job for our county.  He has his work cut out and we are confident he will bring new approaches and ideas as to how to get things done in the county. 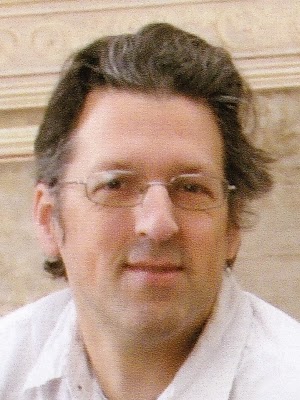 Last October, when we were putting together our county’s budget, we budgeted for a new position of Director of Finance for the County.  We have had problems in several of our operations in determining our financial status at any given time.  Often times we would not receive a factual report until 6 or 8 months after the end of the year results when our audit of any given department was completed.   Obviously, by then it is too late to take any corrective or preemptive steps to mitigate any losses.

We are very pleased to announce we have hired Paul Kunesh who will be joining the county on March 23rd as our new Kewaunee County Director of Finance.  Paul has 18 years of experience with Manitowoc County and comes to us with a solid understanding of public finance.  Paul will report to the County Administrator Mr. Feldt.  You may recognize the name Kunesh, yes, he is a product of Kewaunee County, born and raised in Carlton Township, graduated from Kewaunee High School and went on to UWGB for a degree in finance.

Kewaunee County Public Health and Groundwater Protection Ordinance
On April 7th all eligible Kewaunee County residents will have the opportunity to go to the polls to vote.  On the April 7th ballot is an Ordinance that you will be asked to approve or disapprove.  This ordinance has been designed to protect the public health and the County’s groundwater.


This is the actual verbiage that will appear on the ballots—


“Shall the town/city/village (in which you reside) approve the application of Kewaunee County Ordinance #173-9-14 to the town/city/village in order to prevent groundwater pollution, protect human health, prevent the spread of disease, and promote the general welfare of the citizens of Kewaunee County by regulating local land use and management practices in the town/city/village, specifically through controlling the application of wastes on shallow carbonate bedrock areas as well as direct conduits to groundwater?”
Earlier this year, the Kewaunee County Land and Water Conservation Committee and the Full County Board (your elected County representatives) voted unanimously to approve this new ordinance.  Each voting jurisdiction (Town, Village, and City) will now vote to adopt this resolution for implementation in their jurisdiction.  If passed, this new ordinance will become effective on January 1, 2016.


Simply put, the resolution states that, Wastes (typically manure) shall not be applied to land having less than 20 feet of soil depth to bedrock from January 1st to April 15th of each year.  This is the time of year when our lands are most susceptible to groundwater contamination from melting snow and spring rains.


Exemptions to this ordinance can be requested by farms in cases of hardship or special circumstances. Your Land and Water Conservation Committee and the Full County Board believe that this ordinance is a solid first step in dealing with the high levels of water contamination found throughout Kewaunee County.

A  “Yes” vote means you support the Public Health and Groundwater Ordinance as approved unanimously by your County Land and Water Conservation Committee and the full County Board.


A “No” vote means you do not support the Public Health and Groundwater Ordinance.


Please join with your County Land and Water Conservation Committee and your County Board in supporting this first step toward cleaner water and an improved quality of life for all Kewaunee County citizens by voting YES on April 7th.